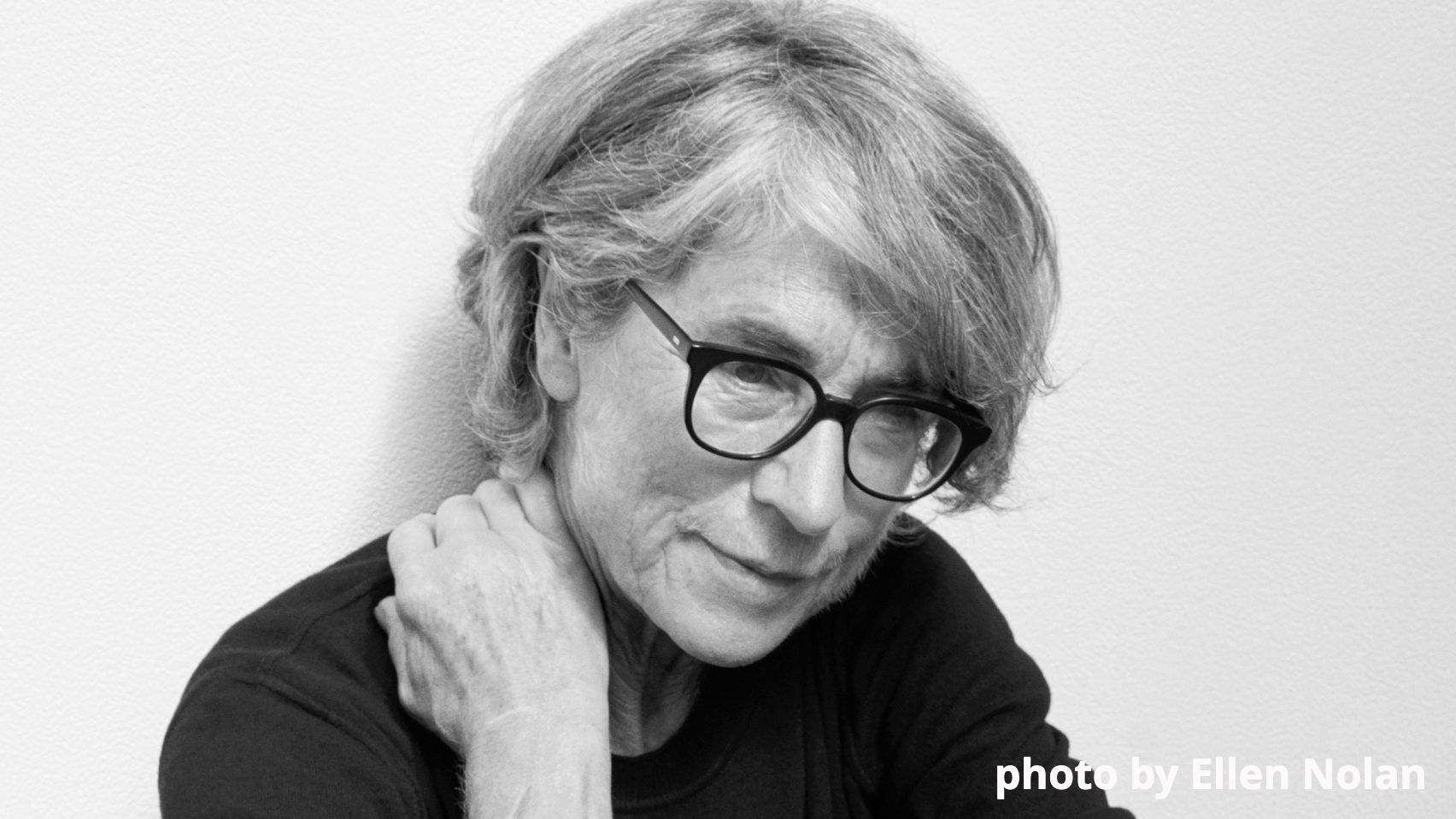 known for being elegant, classic and understated, kapok has long been the cheerleader of Margaret Howell. This year, Britain’s most treasured contemporary designer celebrates the brand’s 50 years anniversary. we would like to take the chance to pay tribute to our creative heroine. 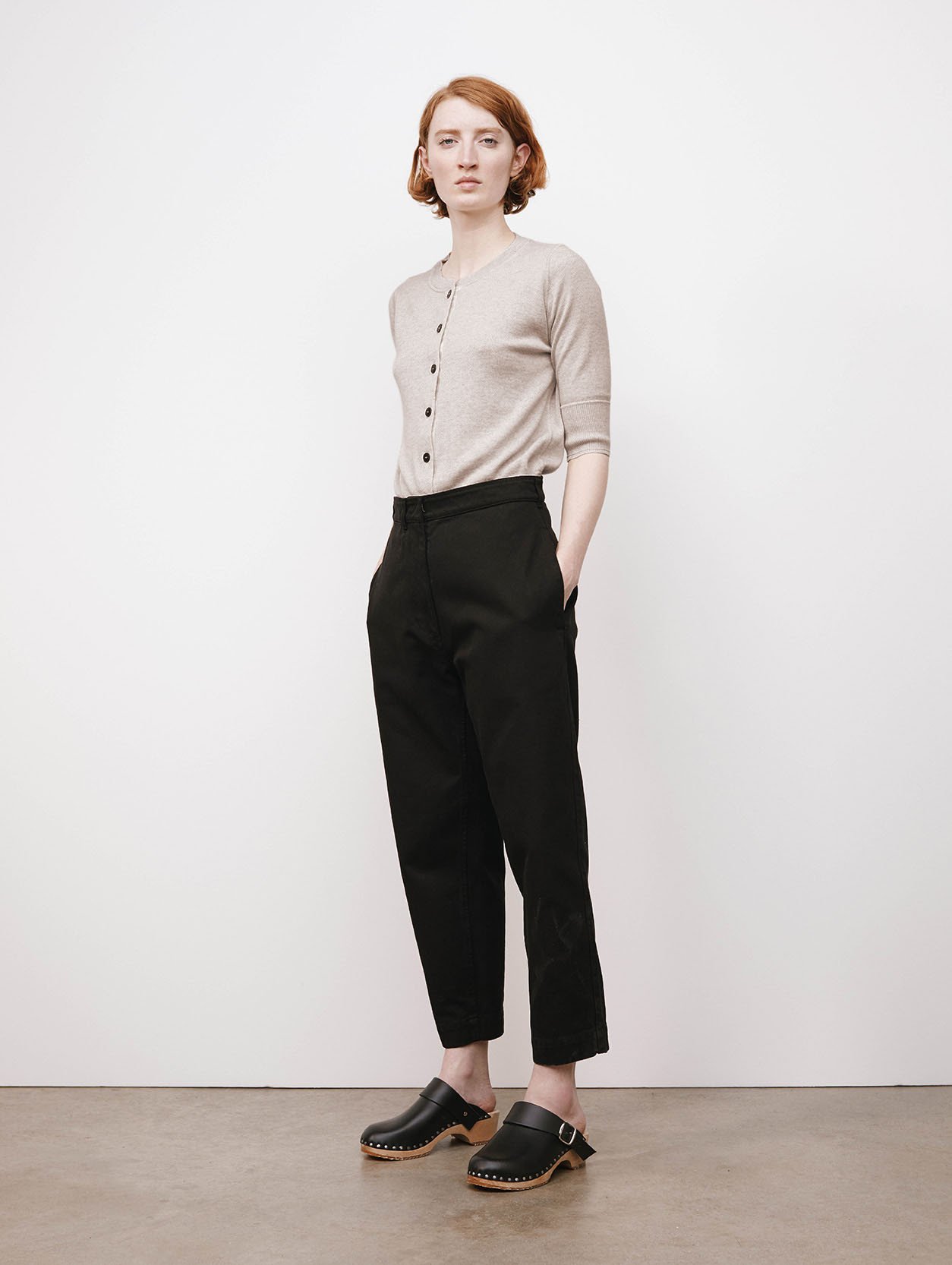 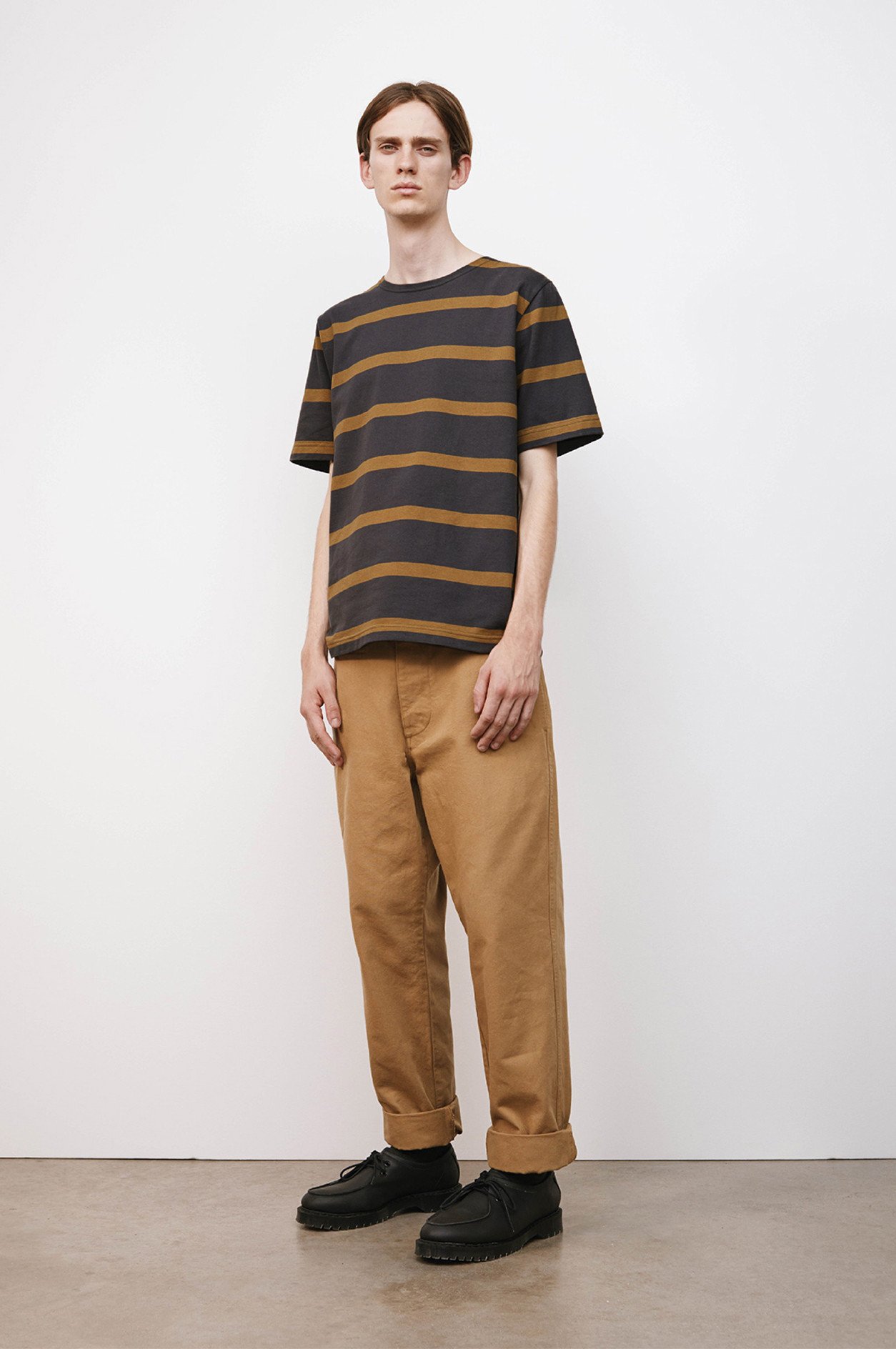 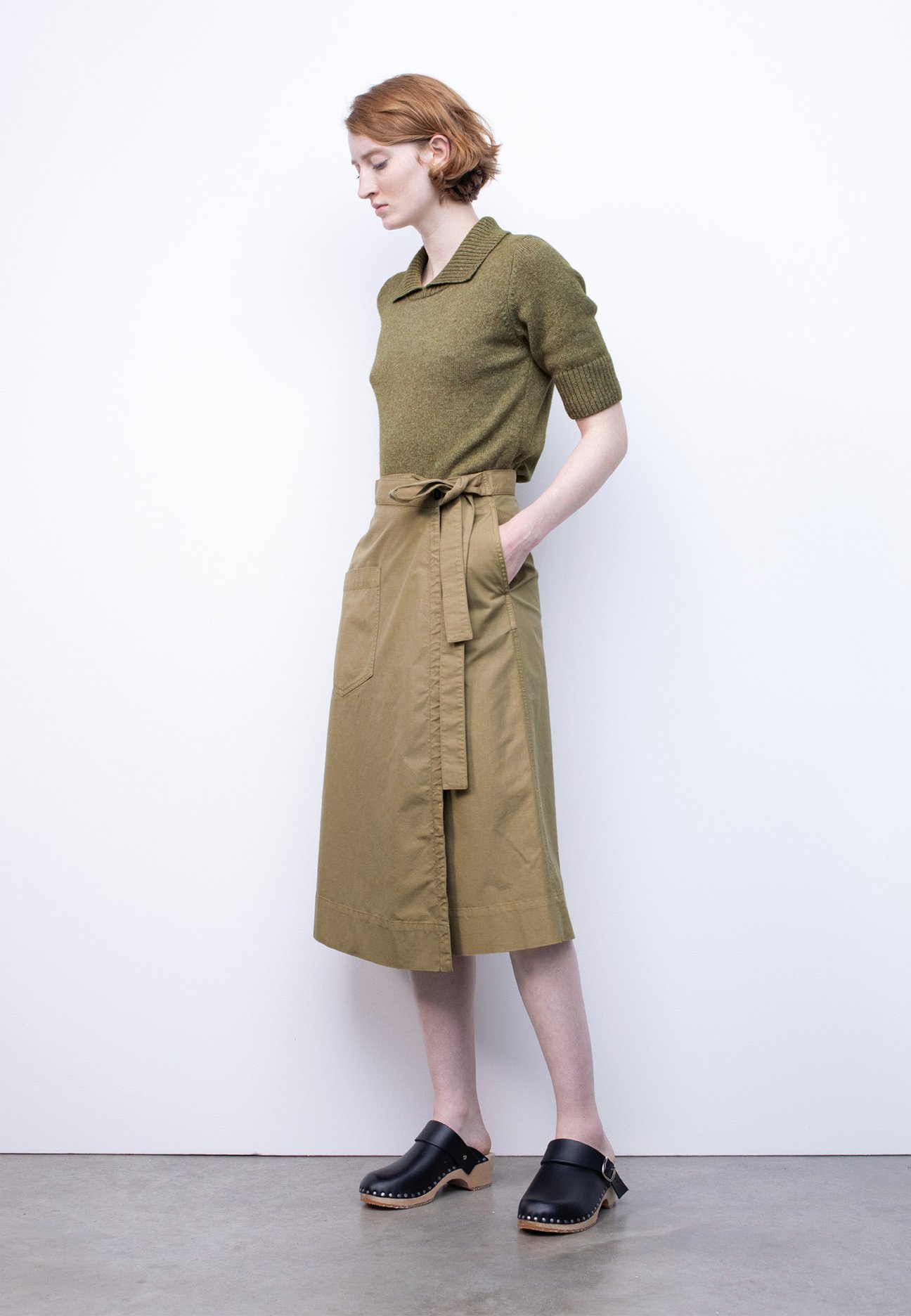 after graduating from 4 Year dip ad course in art and design at Goldsmith's College, london, in 1969, Howell made accessories while job-hunting. in 1970, her hand-made beads were taken up by Vogue and spotted in the window of Browns, which led to a commission by costume designer Beatrice Dawson for a beaded vest for Elisabeth Taylor, then shooting “Zee and Co” in london.

eventually, Howell started working in menswear, the care and detail she put into the tailoring of her shirts soon attracted the attention of high-end retailers, including Browns and Paul Smith. it began with mens' shirts and then led on to mens' jackets. ”my first jacket was an unlined linen one, like you used to see old men on holiday wearing on the front in Brighton,” she told Dezeen, ”i always had these sort of connections with clothes – they were always a memory of something," she added.

"i was always more interested in making than selling. there were people out there that wanted a certain sort of clothes. but I knew I couldn't do something for the sake of it."

constructed in fabrics such as flannel and corduroy, Irish linen, cotton and cashmere, her workwear is uncomplicated and the opposite of flashy. her influences and interests – architecture, fine art, modern design, photography, swimming and swimming pools, the landscape and traditional crafts of the British Isles, all these elements help defining her aesthetic.

over the years, Howell developed a signature style - each collection follows seamlessly from the next, unaffected by trends. her simple, utilitarian silhouettes in relatively muted colour palettes. her designs are often categorised as minimal, making them a favourite with architects and designers.

as slow fashion and sustainability become hot topics these days, now more than ever, we learn a thing or two from Howell's designs.

'i always knew what i wanted in the way of clothes, and that turned out to be the sort of clothes that were suitable for a practical lifestyle, like the shirt and the trousers, jeans and work wear and everything like that, it's anti-smart but well made and good quality, all could be the requirements any future purchase has to fulfil.' she explains to showstudio.com.  simultaneously, it somehow matches kapok’s “future classics” motto. 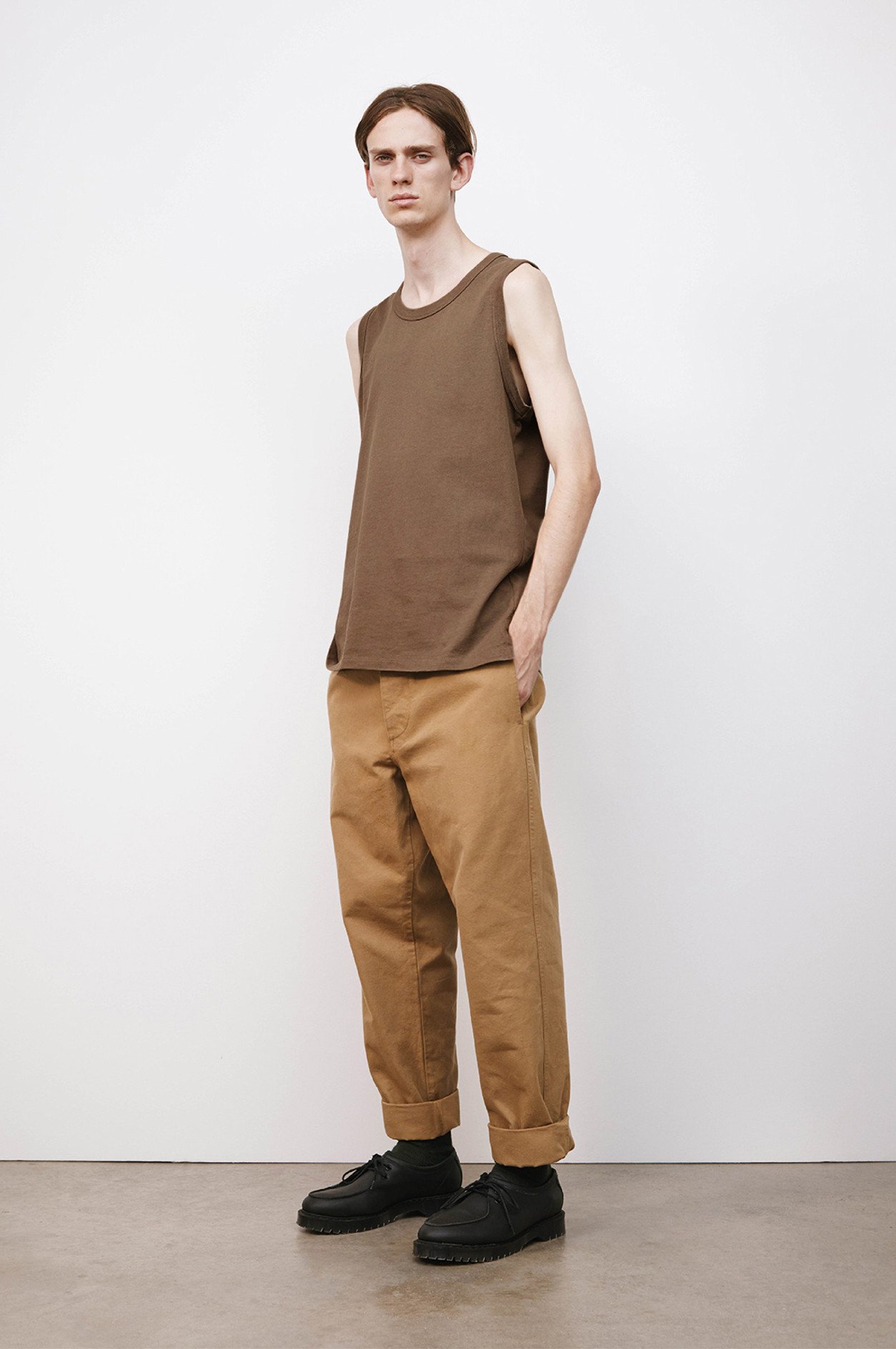 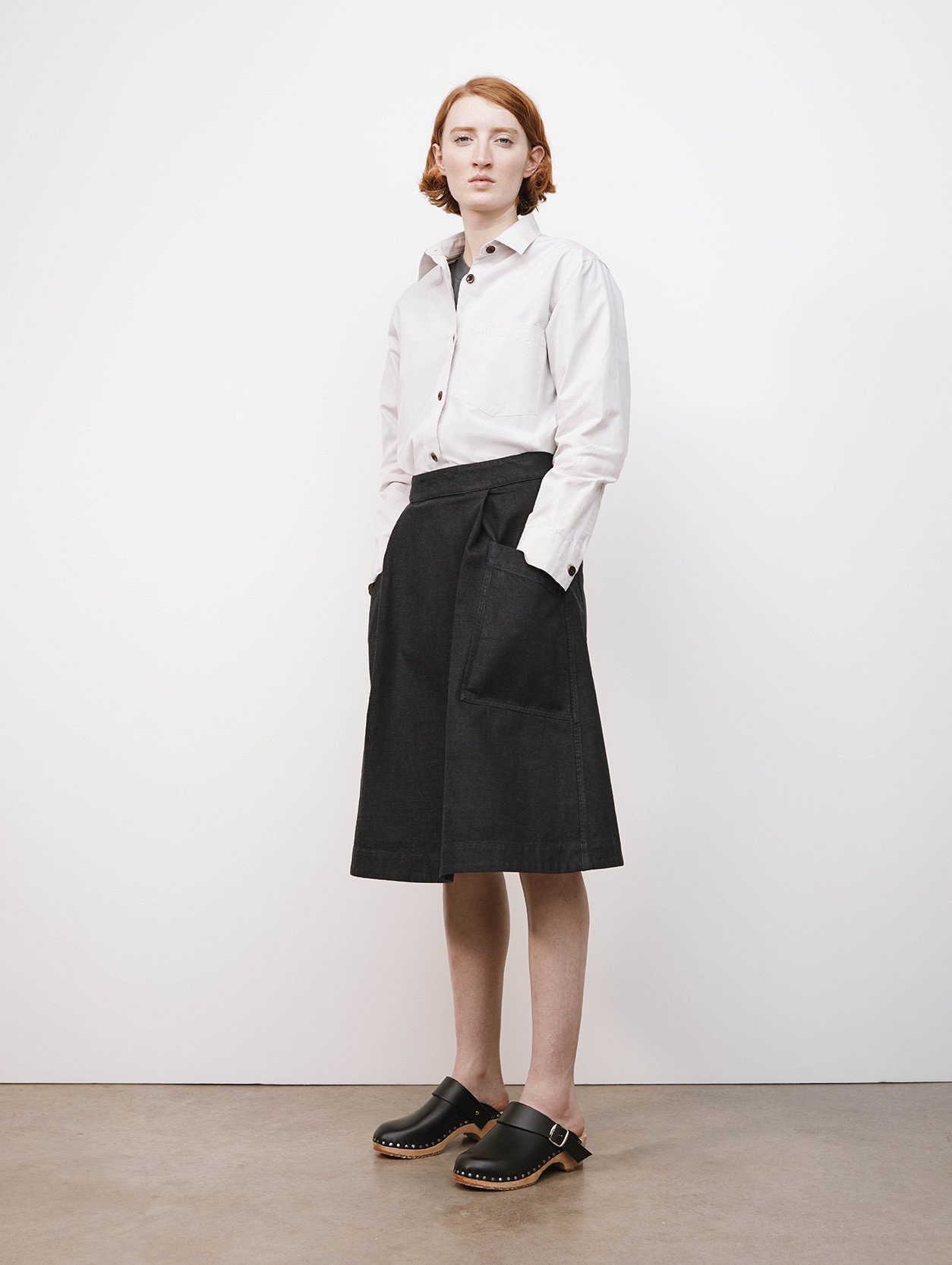 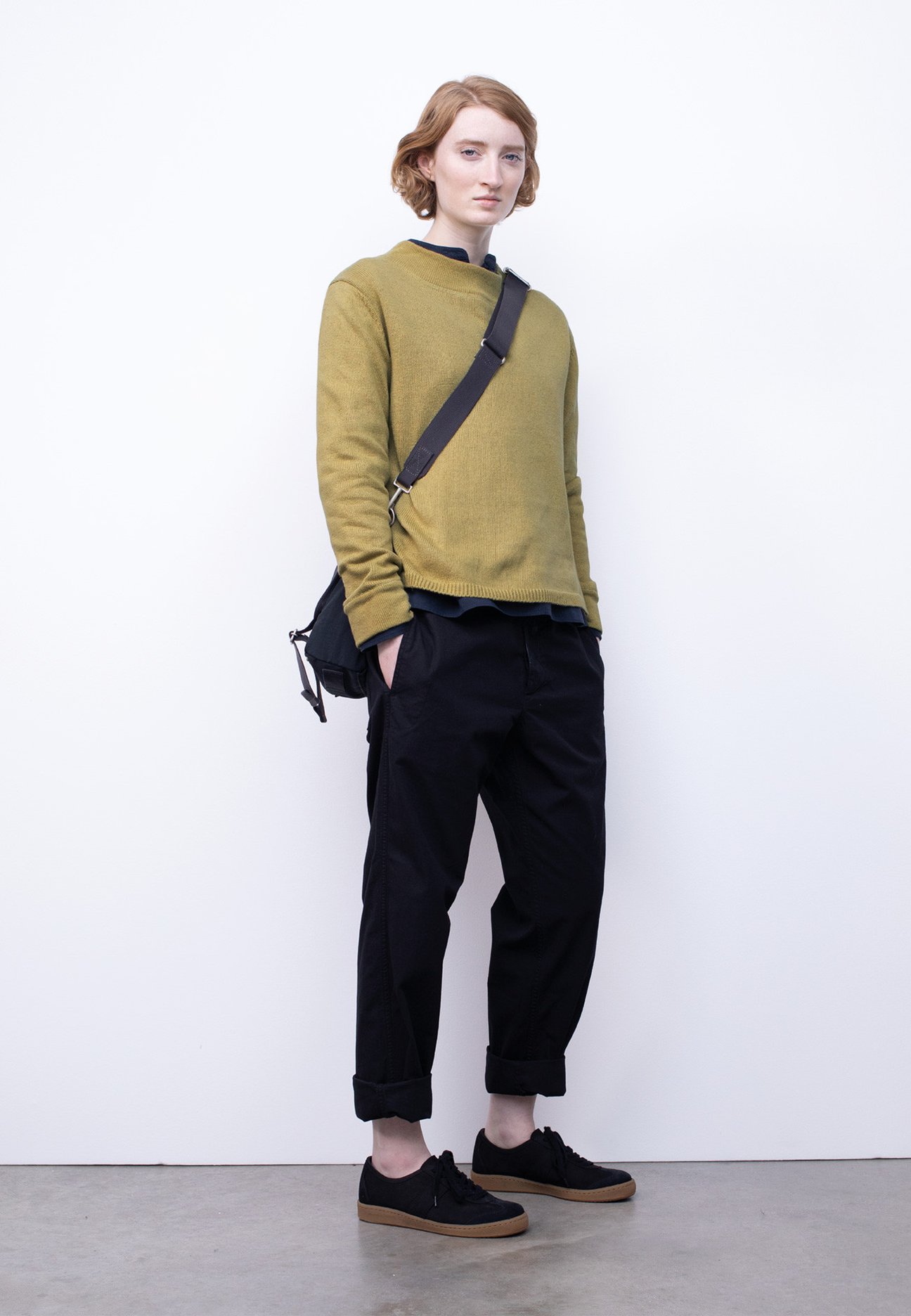 to celebrate this milestone, Howell asked female filmmaker Emily Richardson to make a 10-minute piece to delve into the archival inspirations behind her design process. old family photographs, pencil sketches and rural landscapes that Howell wanders through in reflection. she’s the voiceover through the film too, sharing her insights while Richardson zooms in on the details of her subject’s garments.

'i have been asked about my work many times over the years. and while some questions are easy to answer, others - especially those about inspiration - can be very hard. my work is personal as well as professional. Inspiration is the key, but it takes many forms: a memory, a person, the feel of a fabric, the place where it is made, as well as from an image in my mind. So much is down to intuition and a feeling of what is right at that particular time. realising that inspiration is the work.

such things are difficult to put into words that is why Emily and I have made this film. it looks back at my early days and the people, places, crafts and images that meant so much to me then, and still do. i hope that it conveys what has always mattered to me as a designer.’ Margaret Howell said.

Emily Richardson is an artist filmmaker and researcher whose films explore the nature of our relationship to personal histories and the spaces we inhabit. her films have been screened at Tate Modern, BFI London, Barbican cinema and in galleries and festivals internationally.

MARGARET HOWELL - in her own words

“i think of myself as a hands-on designer. for me make is integral to my design philosophy. it is crucial how a piece of clothing feels when worn. i’ve always wanted clothes to be the way I drew them – relaxed and lived in, a natural look. i find men’s clothes interesting in their structure, feel and functionality. i started by designing men’s clothes, and then found that women wanted them.

i’m inspired by the authenticity i can find in nature, people and places, and i think it is the same quality i look for in the materials I choose. for example, the feel of hand-woven Harris tweed and the irregular slub of Irish linen. i feel passionate about landscape, and its connection with such fabrics and the skilled people who weave them. 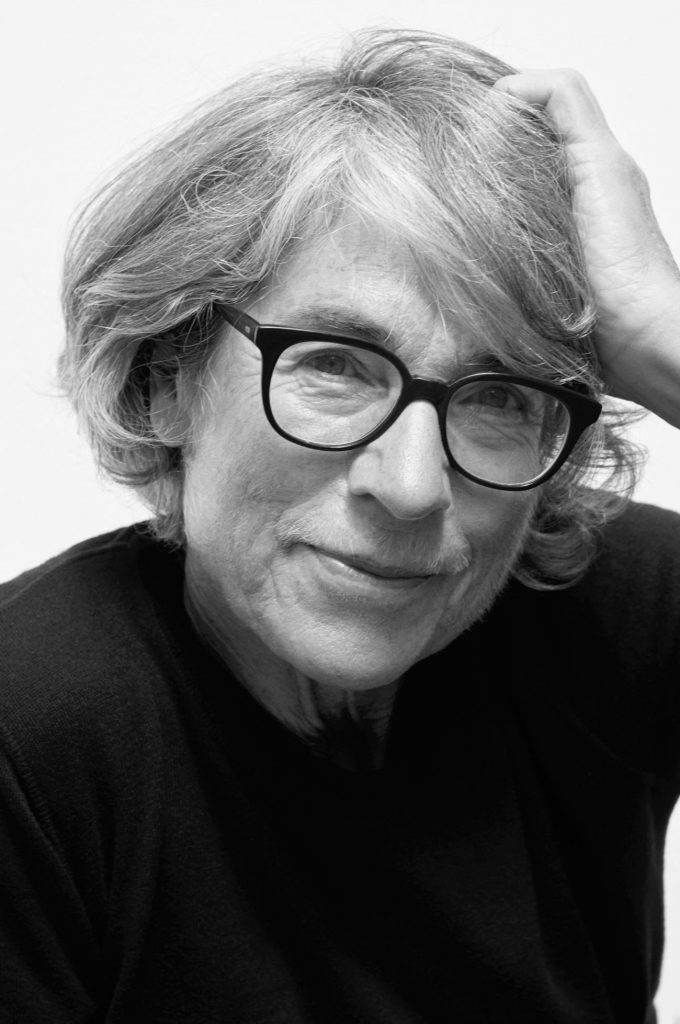 i like to work with manufacturers who understand and share this passion for make and quality of fabric: specialists such as John Smedley in fine-gauge knitwear, Mackintosh and their part hand-made raincoats, and the Scottish knitting factories that continue their heritage of producing the best cashmere in the world.

i also find these qualities in other people’s work. in 1970 i was encouraged by finding – at a jumble sale – an old, yet finely stitched pinstripe shirt. Today i still find it exciting to hunt out objects i consider to be well-made and enduring. In particular, mid-20th century products such as Anglepoise lamps, Ercol furniture, and Robert Welch stainless steel cutlery, represent the best of our heritage of timeless functional design.

i enjoy pulling these threads of British tradition, quality and skill together in clothes that are meant to be worn in the real world, where good design is about living with thoughtful style. 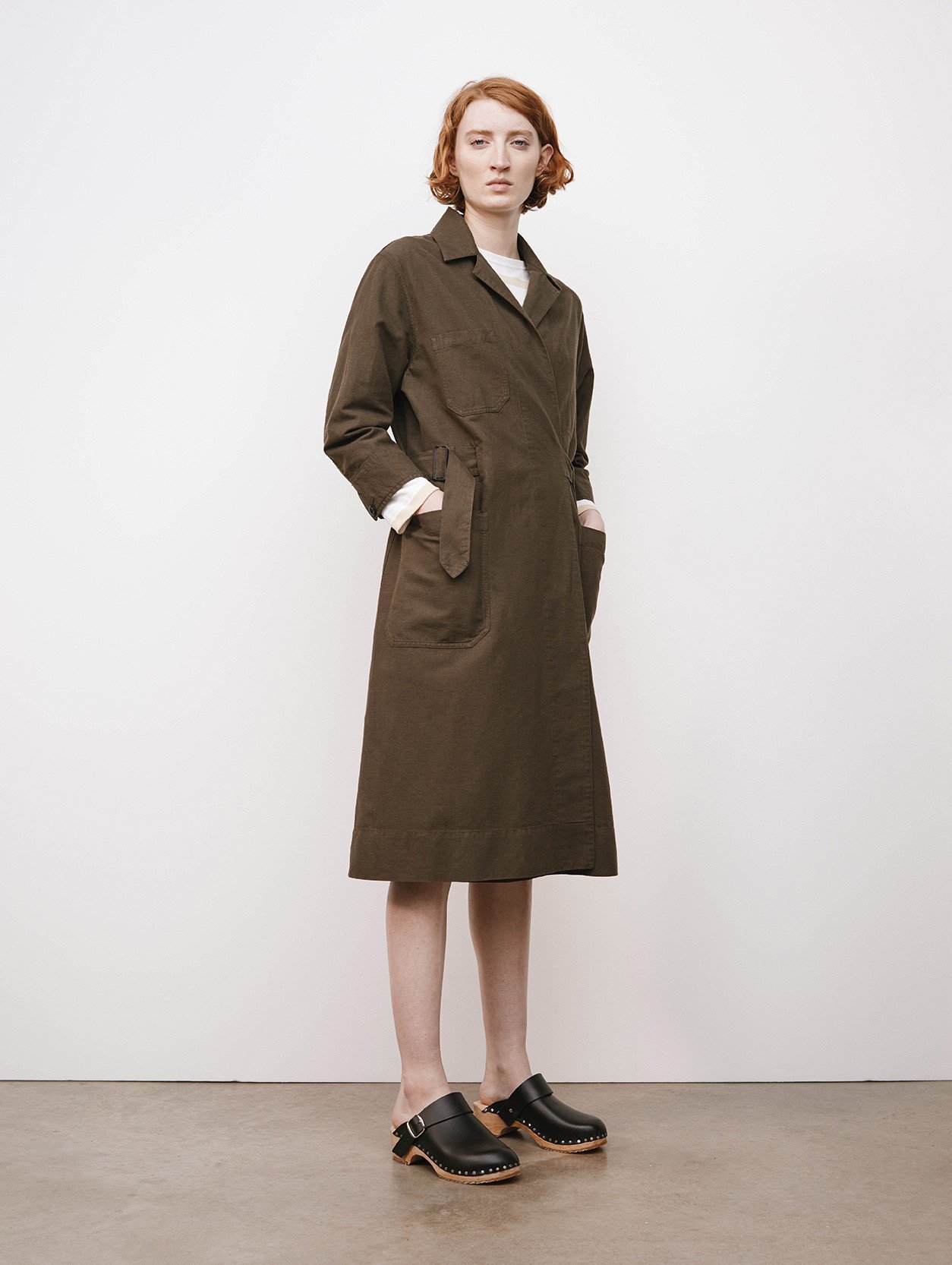 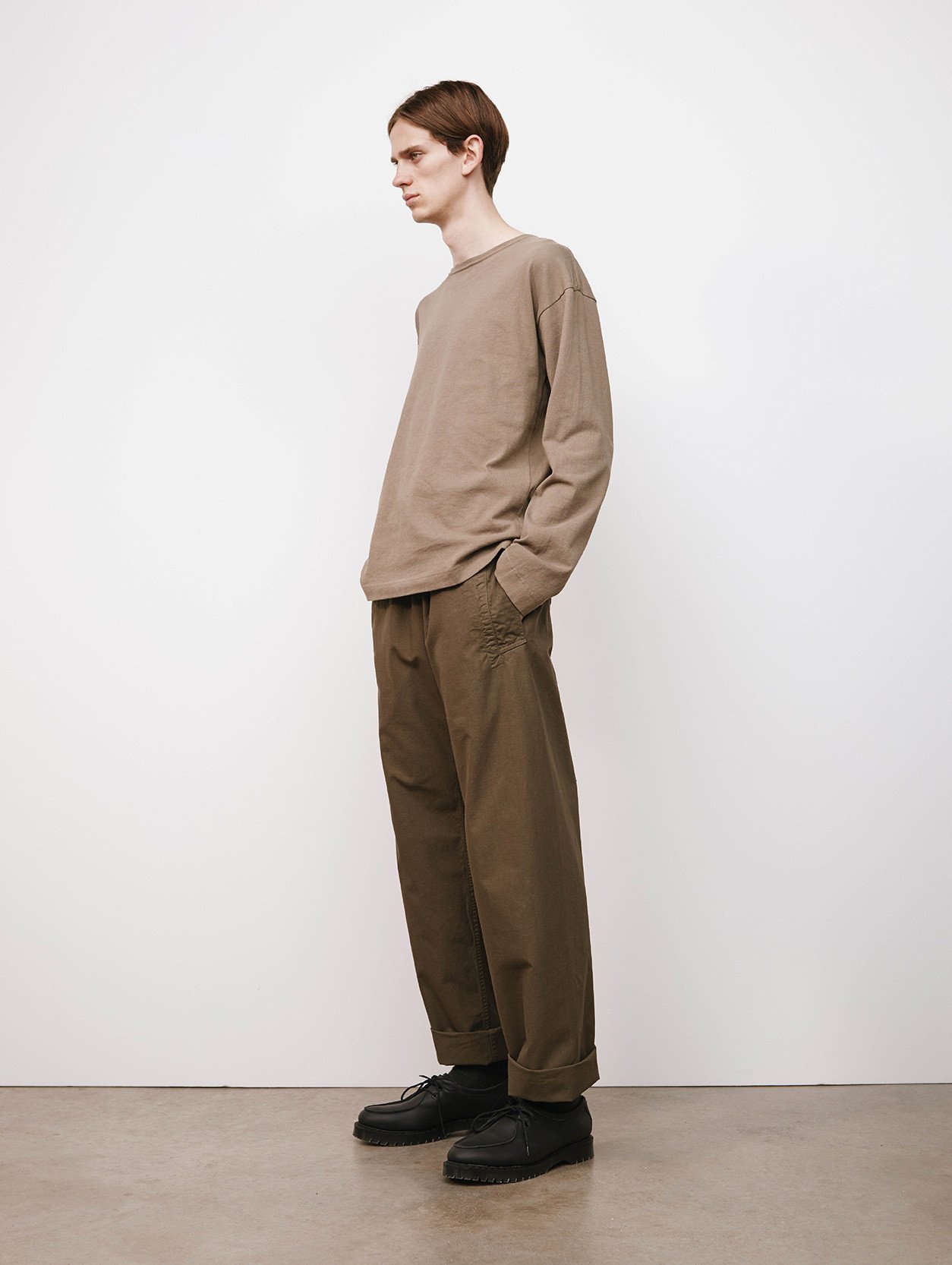 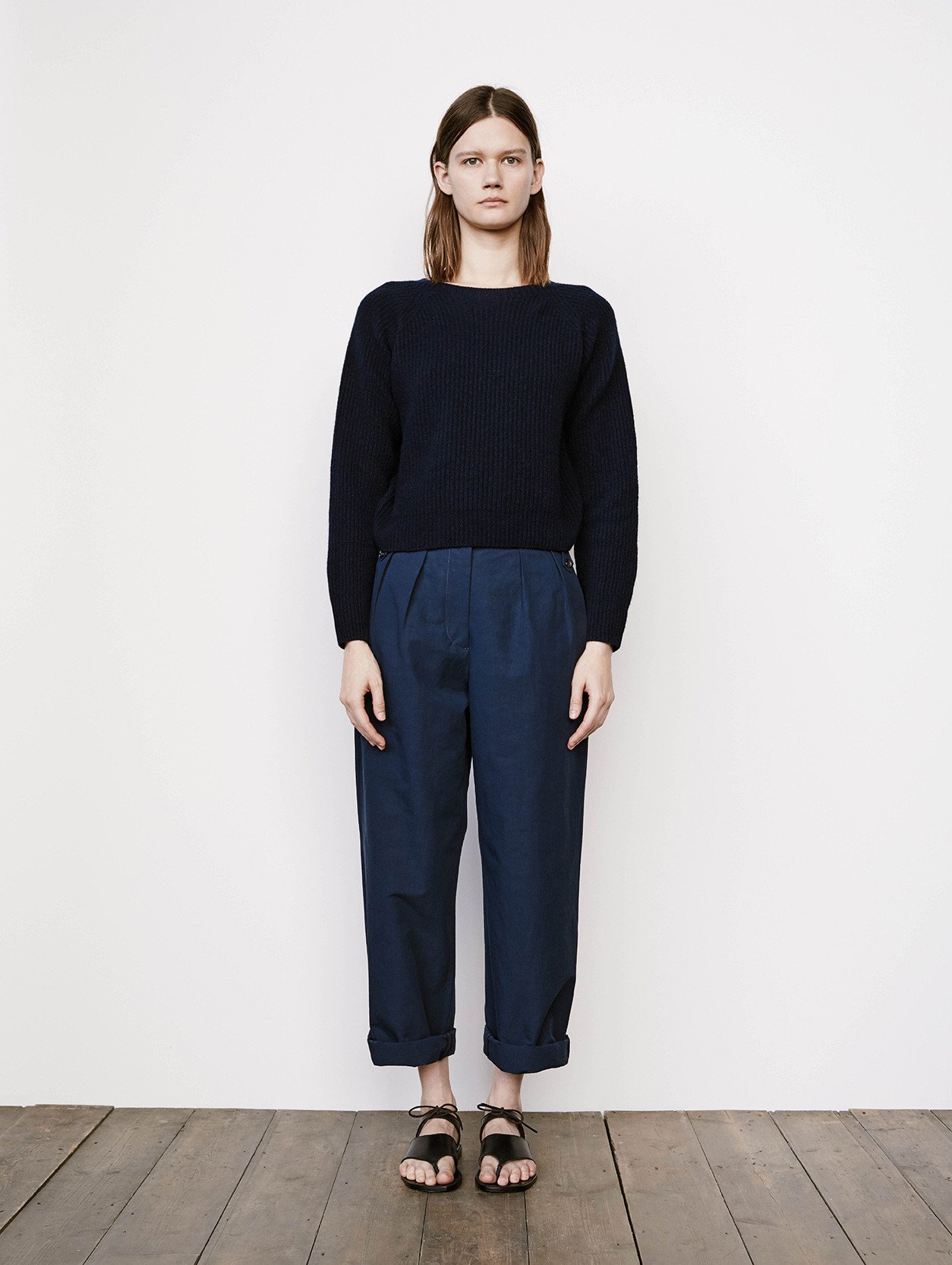 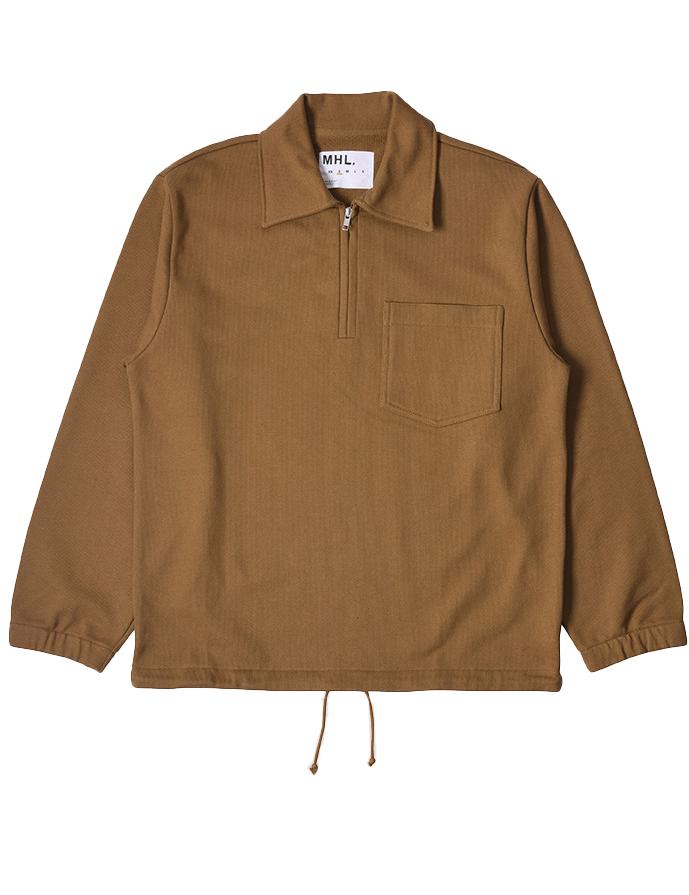 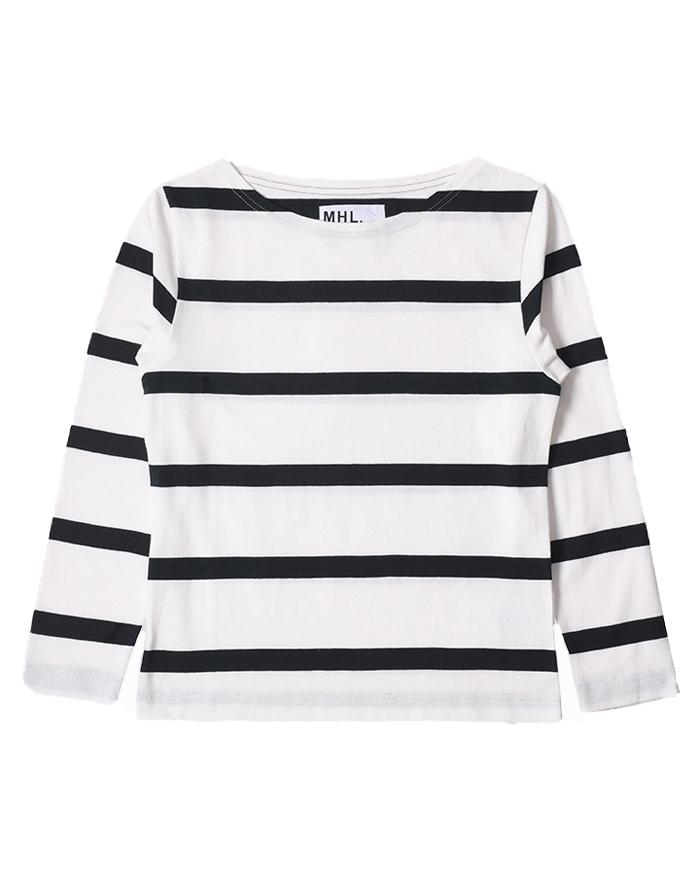 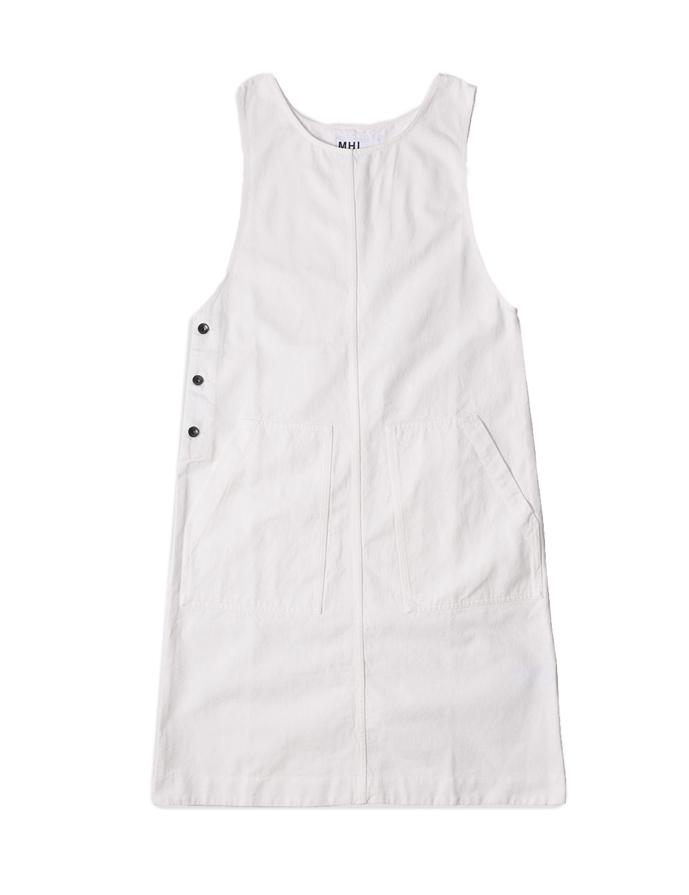 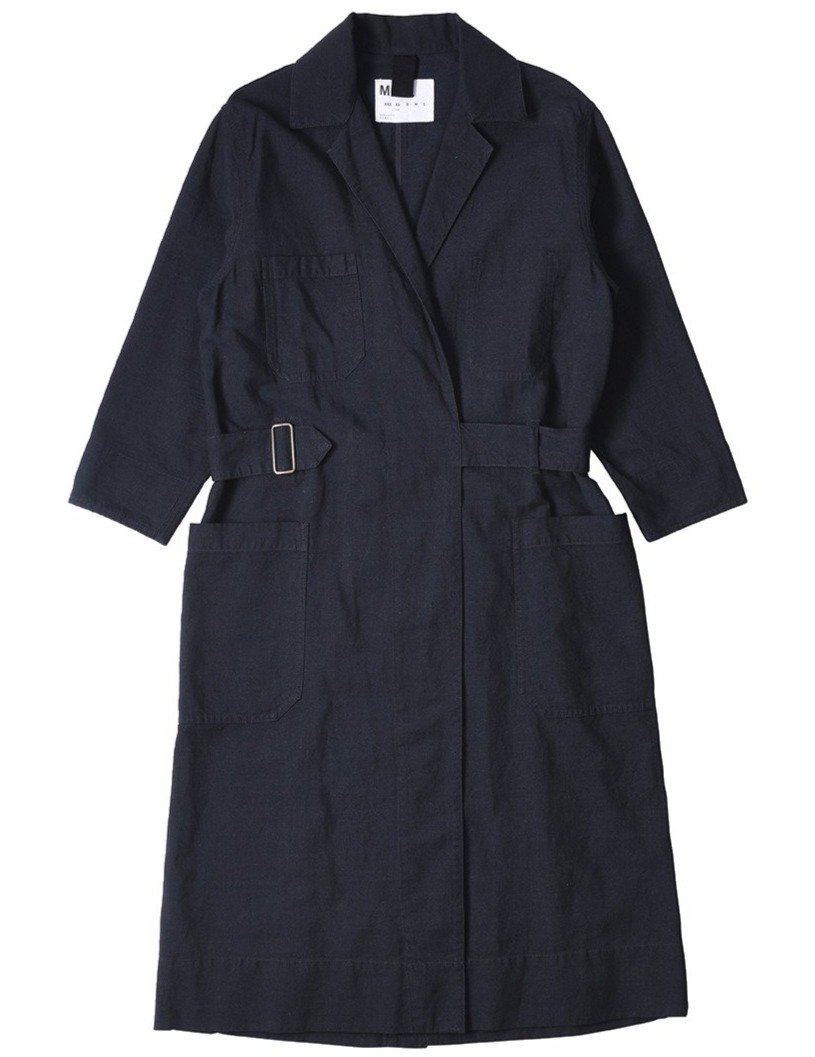 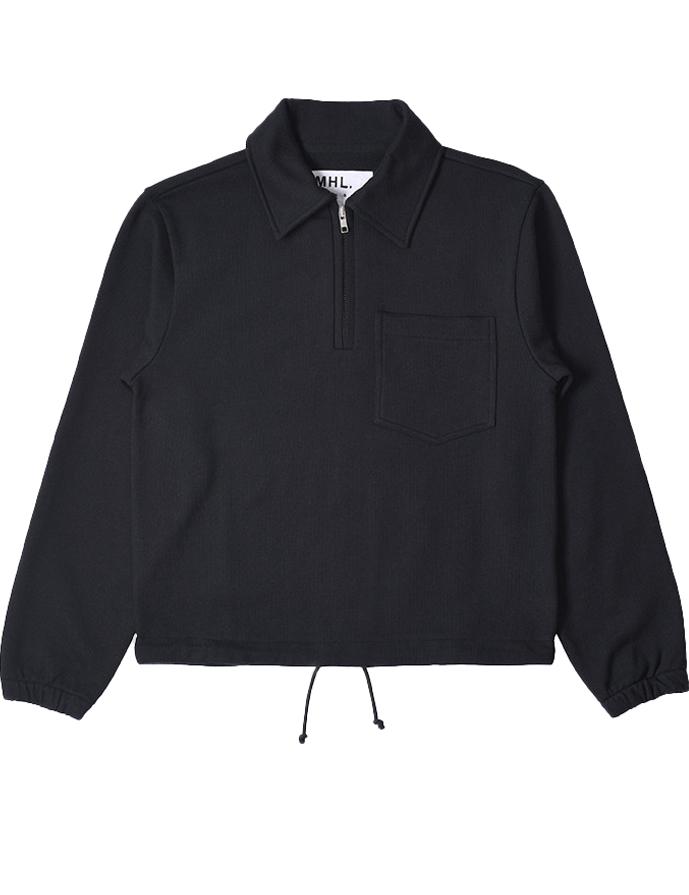 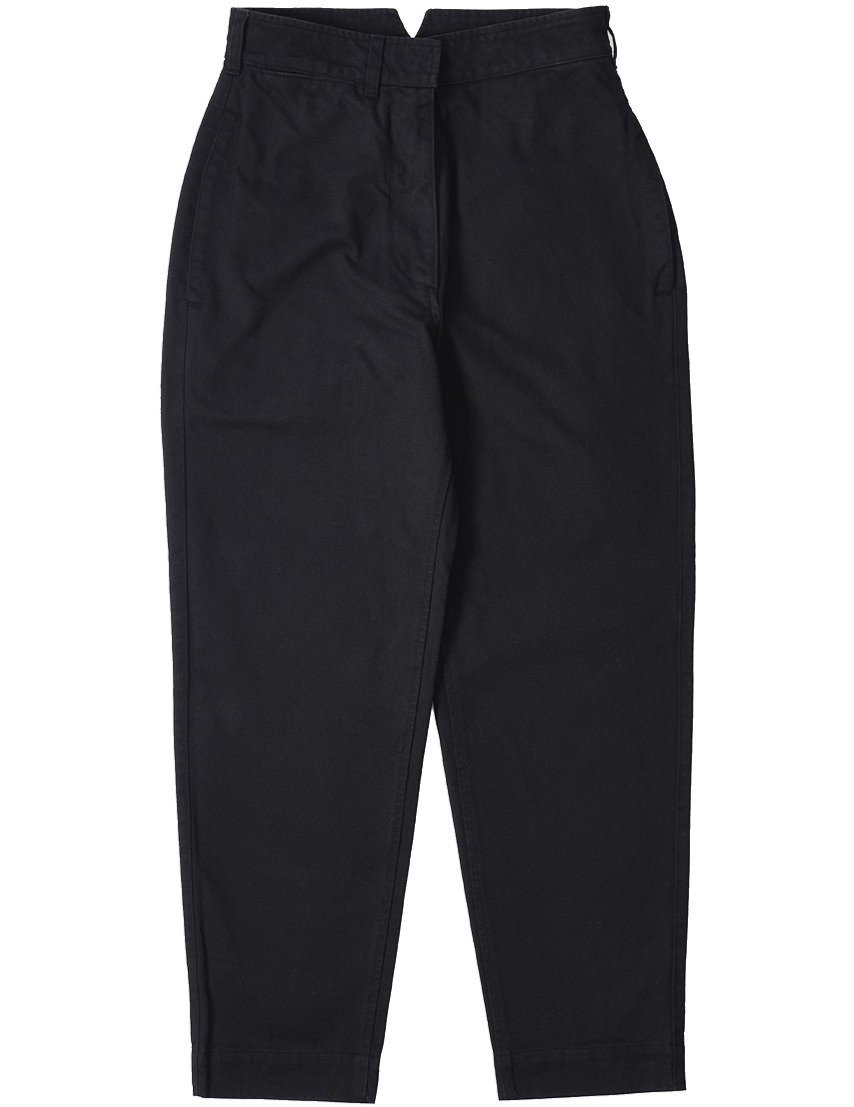 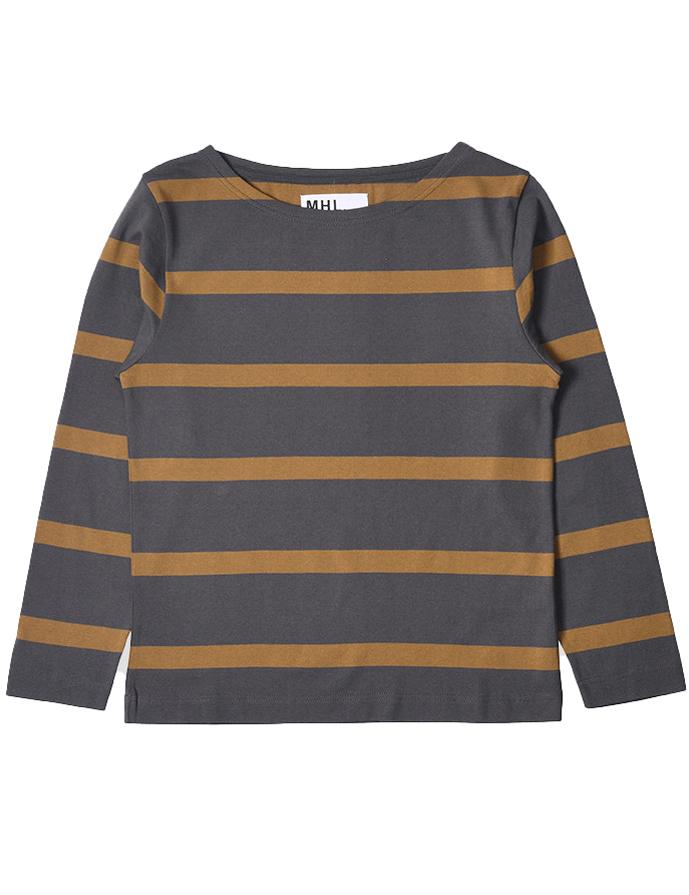 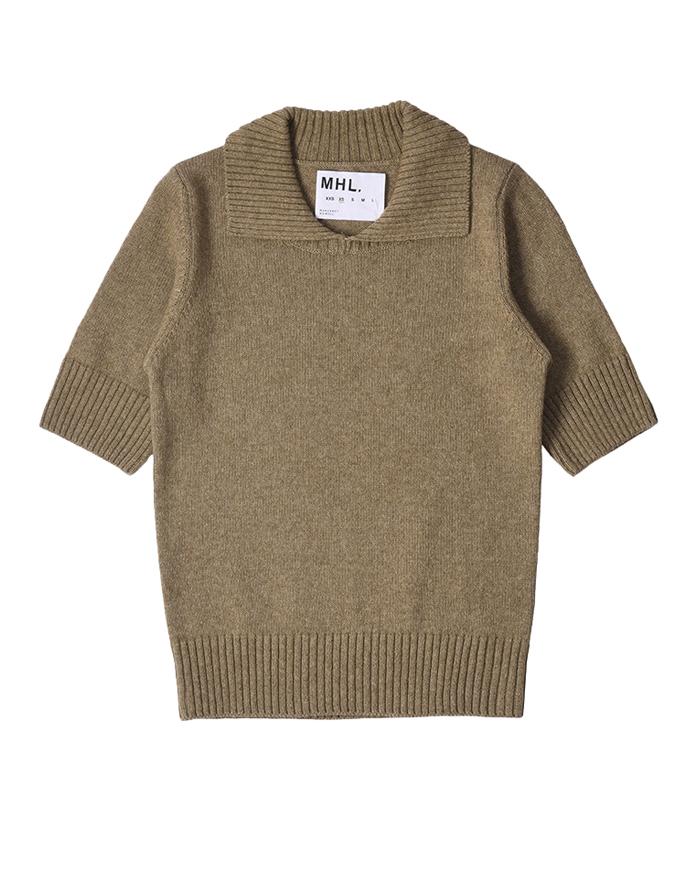 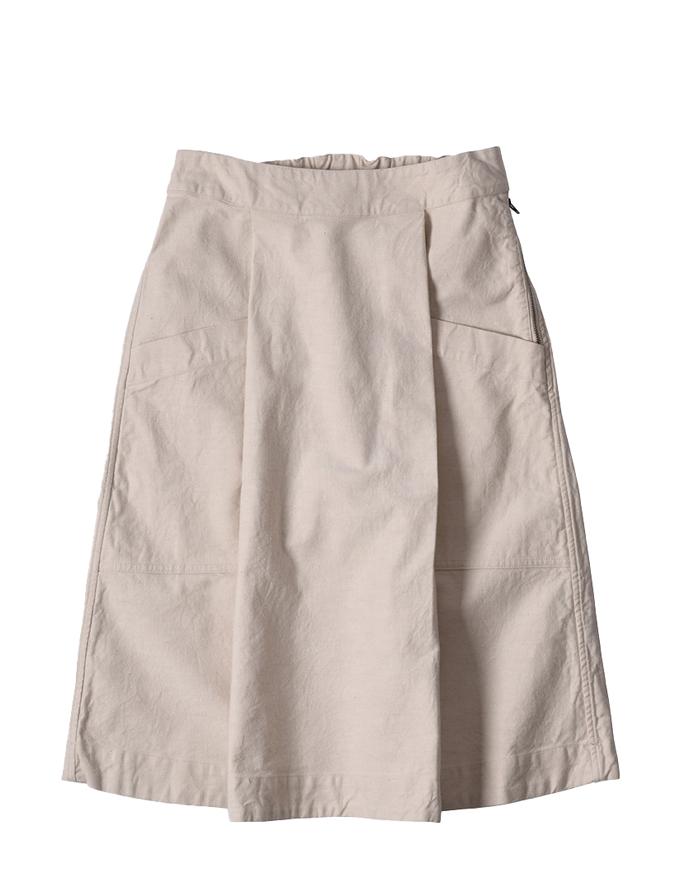