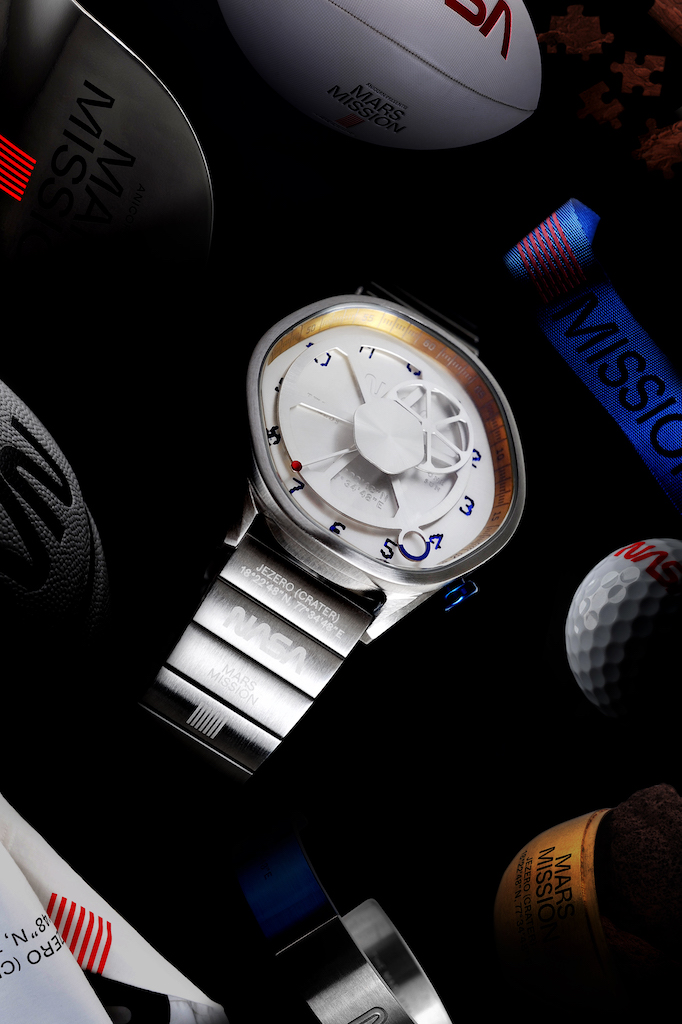 The NASA MARS 2020 MISSION targeted to explore Mars for all humanity on earth, the Perseverance Rover touched down in Jezero crater on Mars, with its missions to investigate signs of life, characterizing climate, collect geology data and cache samples on the red planet. The mission has launched on 30 July 2020, and the leg is half of the round trip to Mars.

To address the historical moments and endorse the coming Perseverance Rover Mars Mission, ANICORN Watches teamed up with NASA and created the limited MARS MISSION Collection. The Collection is a tribute to the effort made for Mars Explorations and to acknowledge the significance of EARTH–MARS relationships.

• MARS MISSION Collection endorses mankind’s progress made to reach our planet neighbours, the Perseverance Rover is paving the way for human exploration on Mars in the 2030s. The landing site Jezero Crater is a place where scientists see microbial life could have lived there billions of years ago.

• The centerpiece of the MARS MISSION Collection is the extremely limited edition (200 pcs worldwide) timepiece – The MARS Time by ANICORN, with unique and bespoke designs dedicated to the red planet expeditions. The MARS Time comes with exclusive aluminium case packaging, and numbered metal plate certificate.

• ANICORN made a 1-min sold out record in the NASA’s 60th anniversary campaign in 2018. 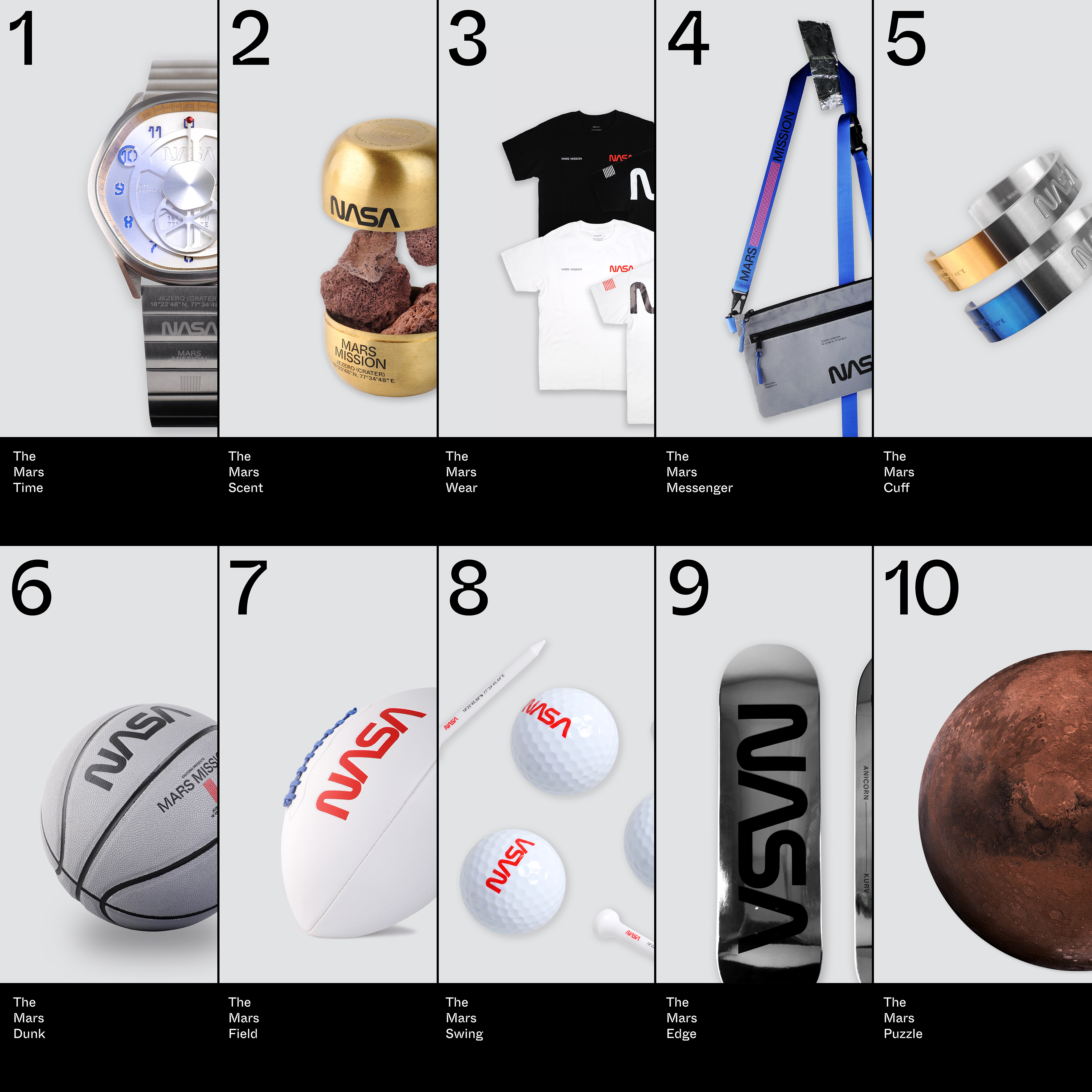 the Mars Time is inspired by Perseverance Rover’s landing site Jezero Crater, Mars. this dual-branded limited edition watch is constructed by multiple geometric and arched discs to align with the rover design and give an astrological touch. the dial has the coordinates of Jezero Crater and “Two Worlds, One Sun” engraved on it. the Mars Time package includes the mechanical timepiece, a numbered metal plate, a stainless steel bracelet and a silver textile reflective strap with embroidery NASA logo. 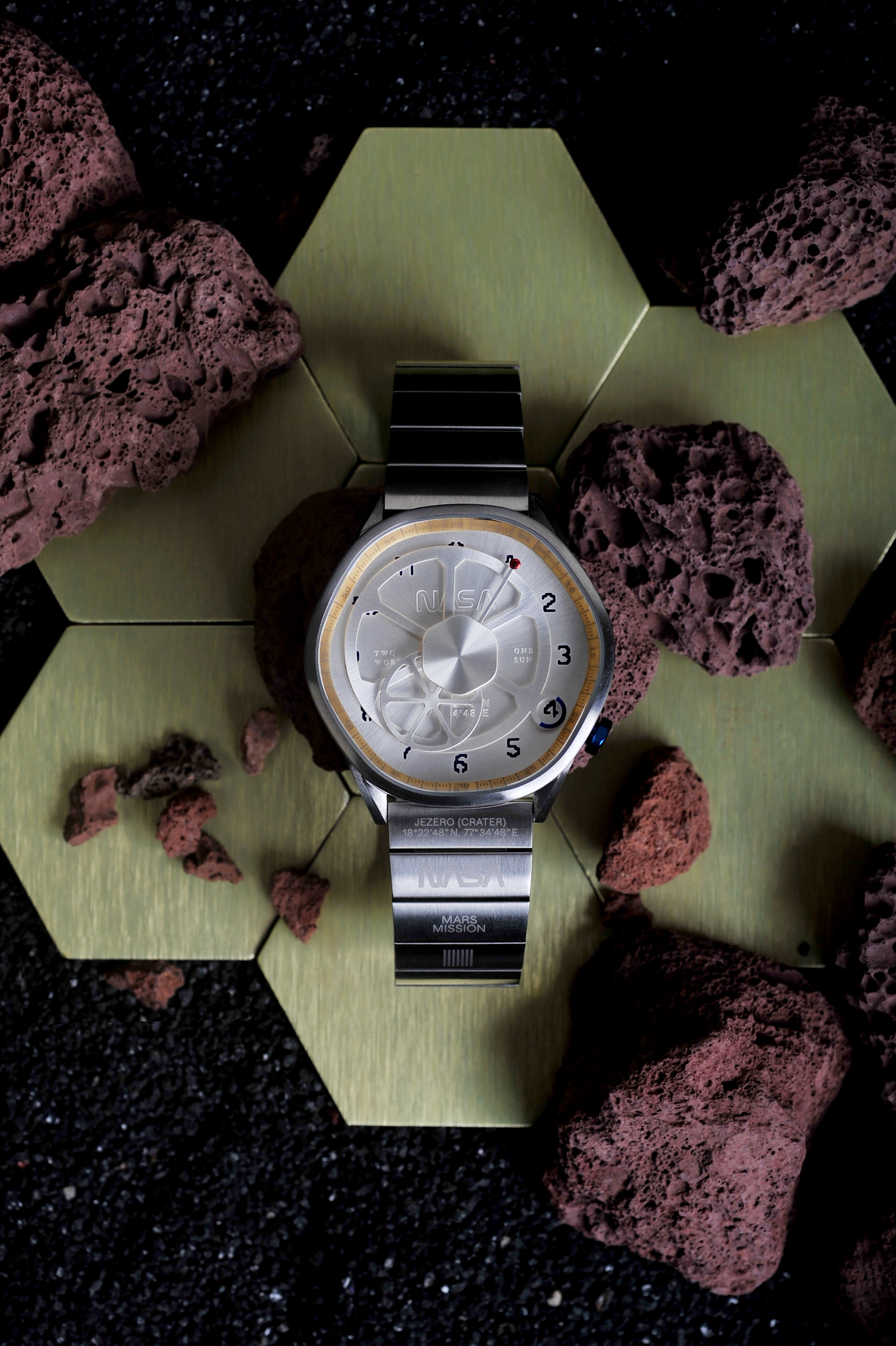 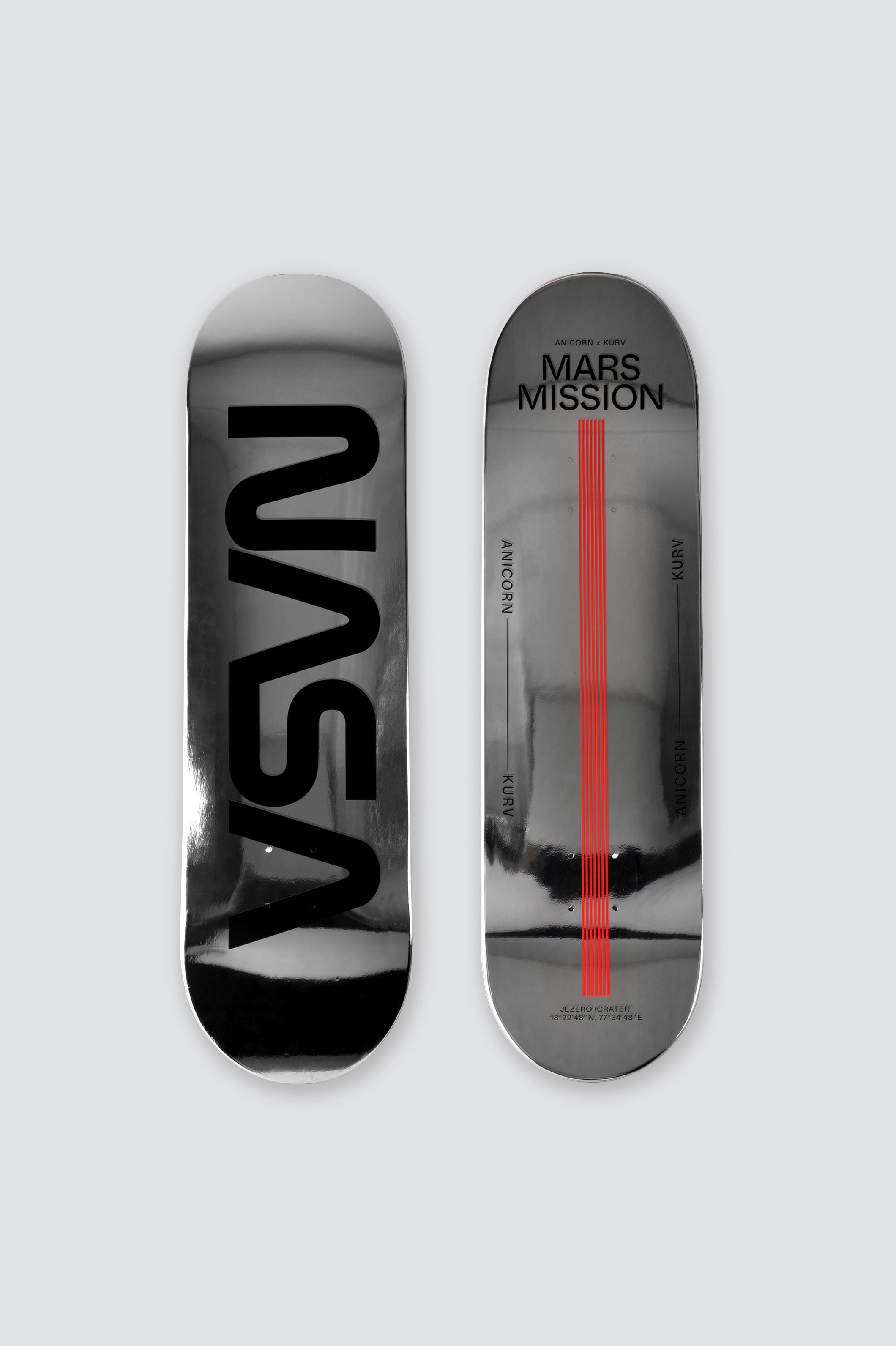 silvery coated skateboard deck for Mars hovering. the full size (80 x 20 cm / 31 x 8 in) Mars Edge skateboard is made of 7-ply Grade A Canadian maple wood, it gives durability and flexibility for your hovering mission. the black on silver NASA logo also turns the skateboard into a splendid art piece on the wall. a collaboration with Kurv. 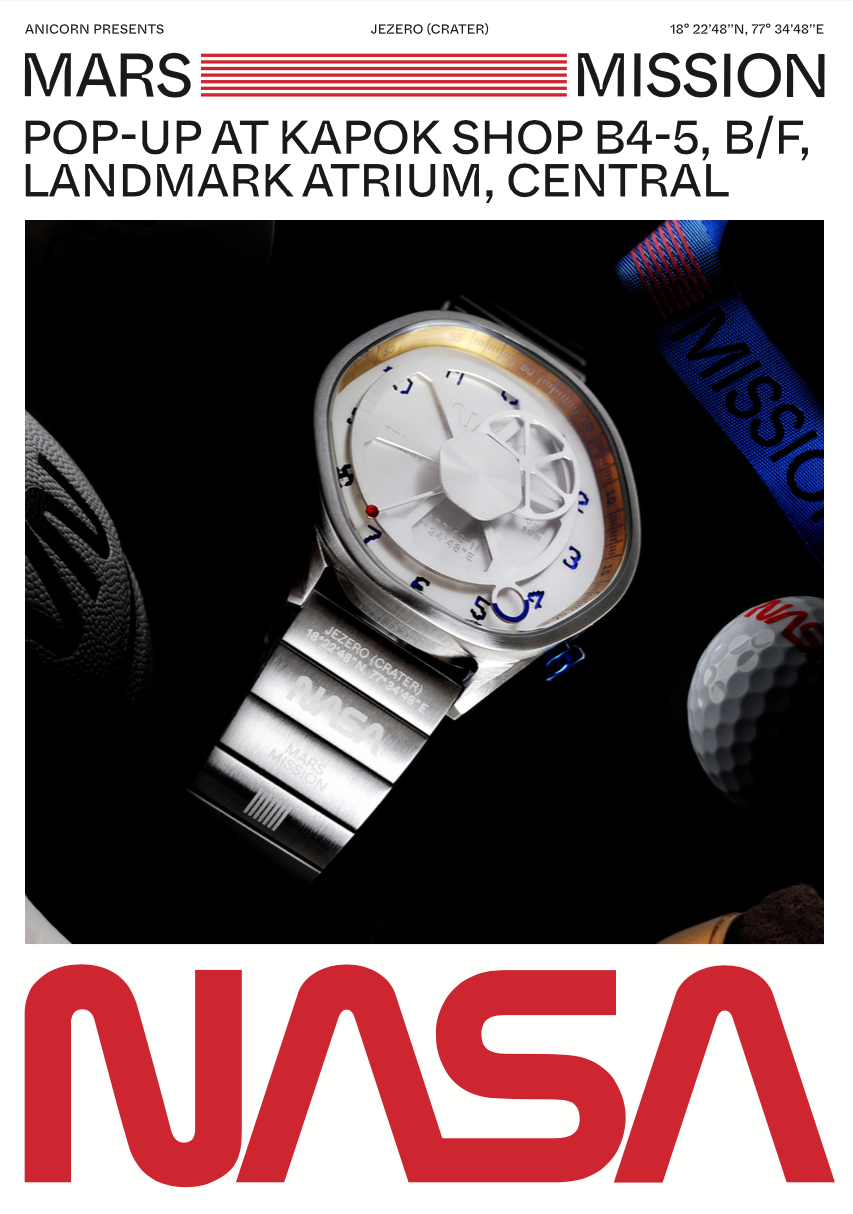